The project consortium of READEX works closely with an external advisory board (EAB). The EAB consists of experts and representatives from different domains such as industrial partners, end users, and regulation authorities.

Our idea is that by giving feedback on market needs and relevant developments the EAB will be able to further improve the READEX project. Therefore the EAB has two important functions:

To ensure the contact with the EAB we will meet at least twice during the project duration using telephone conferences or impotent scientific  conferences. Moreover, the EAB has direct access to the project outcomes. It is informed on progress, intermediate results and publications.

Members of the EAB 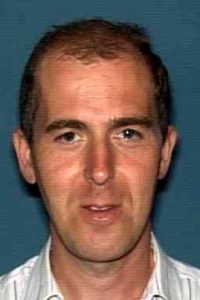 Francky Catthoor received the engineering degree and a Ph.D. in electrical engineering from the Katholieke Universiteit Leuven, Belgium in 1982 and 1987 respectively.

Between 1987 and 2000, he has headed several research domains in the area of high-level and system synthesis techniques and architectural methodologies. Since 2000 he is also strongly involved in other activities at IMEC including related application and deep submicron technology aspects, biomedical imaging and sensor nodes, and smart photo-voltaic modules, all at the Inter-university   Micro-Electronics Center (IMEC), Heverlee, Belgium. Currently he is an IMEC fellow. He is part-time full professor at the EE department of the K.U.Leuven.

In 1986 he received the Young Scientist Award from the Marconi International Fellowship Council. He has been associate editor for several IEEE and ACM journals, like Trans. on VLSI Signal Procsesing, Trans. on Multi-media, and ACM TODAES. He was the program chair of several conferences including ISSS’97 and SIPS’01. He has been elected an IEEE fellow in 2005. 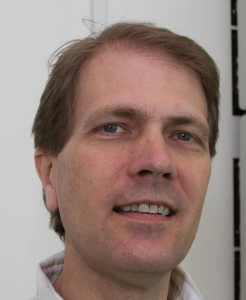 Bronis R. de Supinski is the Chief Technology Officer (CTO) for Livermore Computing (LC) at Lawrence Livermore National Laboratory (LLNL). In this role, he is responsible for formulating LLNL’s large-scale computing strategy and overseeing its implementation. His position requires frequent interaction with high performance computing (HPC) leaders and he oversees several collaborations with the HPC industry as well as academia.

Prior to becoming CTO for LC, Bronis led several research projects in LLNL’s Center for Applied Scientific Computing. His researched has focused on a wide range of topics related to large-scale computing. Bronis earned his Ph.D. in Computer Science from the University of Virginia in 1998 and he joined LLNL in July 1998.

In addition to his work with LLNL, Bronis is also a Professor of Exascale Computing at Queen’s University of Belfast and an Adjunct Associate Professor in the Department of Computer Science and Engineering at Texas A&M University.

Throughout his career, Bronis has won several awards, including the prestigious Gordon Bell Prize in 2005 and 2006, as well as an R&D 100 for his leadership of a team that developed a novel scalable debugging tool. He is a member of the ACM and the IEEE Computer Society. 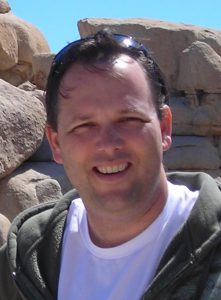 Kirk W. Cameron is Professor and Associate Department Head of Computer Science, and a Faculty Fellow in the College of Engineering at Virginia Tech. His research improves efficiency in high performance computing (HPC) systems and half a million people in more than 160 countries have used his power management software.

In 2015-2016, his educational, 256-node kinetic sculpture creation, SeeMore, has been a featured interactive exhibit at international events drawing nearly a million people including SIGGRAPH, the International Makers Faire, South by Southwest, and the U.S. National Science and Engineering Fair. 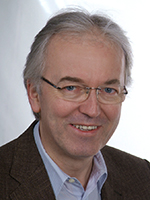 Prof. Dr. Dr. Thomas Lippert received his diploma in Theoretical Physics in 1987 from the University of Würzburg. He completed Ph.D. theses in theoretical physics at Wuppertal University on simulations of lattice quantum chromodynamics and at Groningen University in the field of parallel computing with systolic algorithms. He is director of the Jülich Supercomputing Centre at Forschungzentrum Jülich, member of the board of directors of the John von Neumann Institute for Computing (NIC), and he holds the chair for Computational Theoretical Physics at the University of Wuppertal. His research interests include lattice gauge theories, quantum computing, numerical and parallel algorithms, and cluster computing. 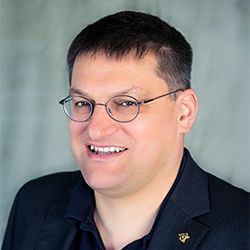 His focus of research is on the application of supercomputers in engineering and industrial research as well as the scientific theory of simulation. He is leading projects in the fields of High Performance Computing, Cloud computing, visualization, scalable parallel algorithms, and philosophy of simulation. At the center of his research is the applicability of mathematical methods and computer science to real world problems.

Funded by the European Union‘s Horizon 2020 research and innovation programme under grant agreement No 671657.

If you have used READEX in a publication, we would appreciate citations to the following paper: